Today, I’m thrilled to bring you a guest post by emerging graphic recorder Michelle Buchholz (Wet’suwet’en). Michelle and I worked together at the recent event, We Belong International Forum on Life Promotion to Address Indigenous Suicide, held in Vancouver. She totally rocked it! Enjoy! – Sam

I was honoured to work at the We Belong forum from November 17-19, 2016 with Sam. The forum delved into the very serious question of how to address Indigenous suicide on an international and local scale. The forum was extraordinary as it brought together voices from all over the world, including, but not limited to, Australia, New Zealand, the United States, and South America. There was also an Indigenous youth panel and many talented and passionate Indigenous speakers and presenters. 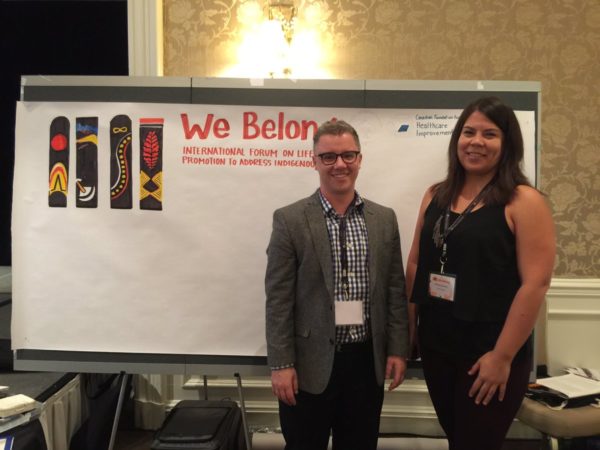 My role as a graphic recorder at the event was to draw posters for the breakout sessions, capture the group reports, the youth panel presentation and Ryan McMahon’s keynote speech. I worked closely during the event with Sam (literally side by side) as he has been mentoring me this year to learn graphic facilitation techniques. This was my first experience drawing in front of an audience of approximately 300 people, yet with Sam’s guidance and coaching prior to the event I felt prepared and as they say in my home community, I was able to get ‘er done. As with any skill, the best way to prepare is to practice and then practice some more, while pulling inspiration from various styles of art that appeal to you. 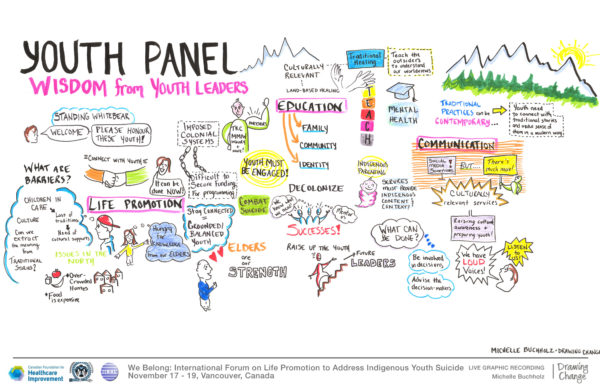 I want to share a little about my background and my thoughts surrounding the importance of this event. My hometown is Smithers, BC and I am an Indigenous woman from the Wet’suwet’en First Nation. I share this because my family and many others in my home and urban communities have experienced the hardships of losing someone to suicide. Thus, I want to emphasize the importance of the people that are working towards promoting life and ending suicide in Indigenous communities. I also want to highlight the importance of graphic recording at events like ‘We Belong’ because graphic recorders not only capture key messages, but record emotions that were shared during the day as well as sentiments that may not be fully recognized in a final written report. 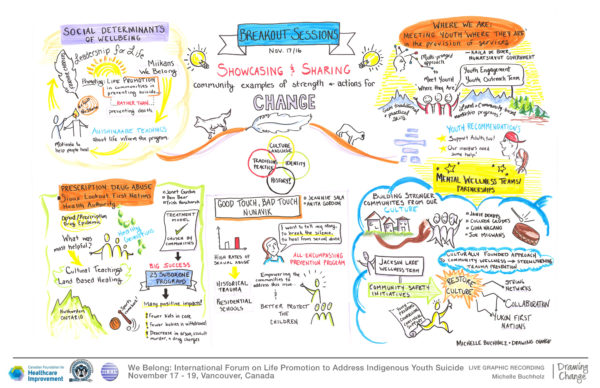 The images that were created by Sam and I can be shared widely with organizations, communities, and most importantly, with youth. The dissemination of information, presented in various ways is the key to making a message known. Finally, I believe that the ‘We Belong’ forum shows movement towards the call for reconciliation between Indigenous peoples and Canadian society. The partnerships that brought this event together and the relationships that were formed during this event show the true resilience of Indigenous communities and our willingness to be honest about the issues that affect us all. I truly was inspired during these three days and look forward to continuing along this journey in graphic facilitation.

Here is a sample of some of the images from We Belong that we made together: 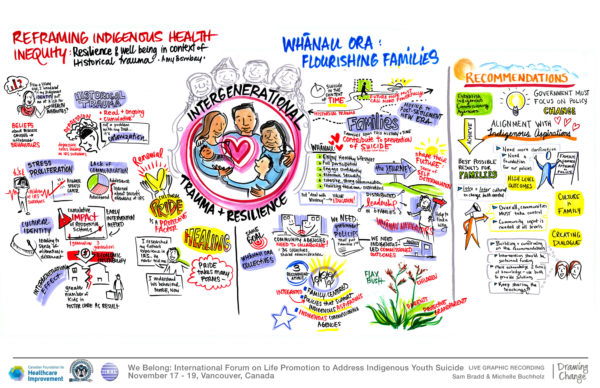 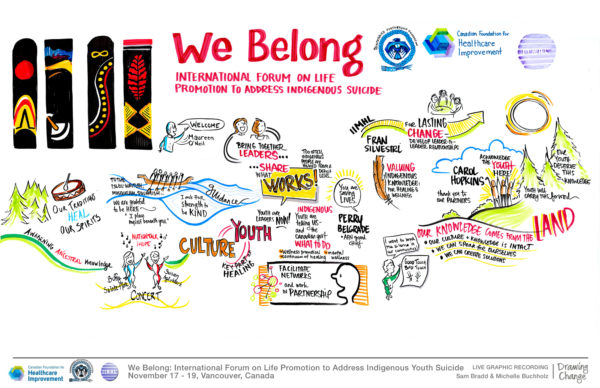 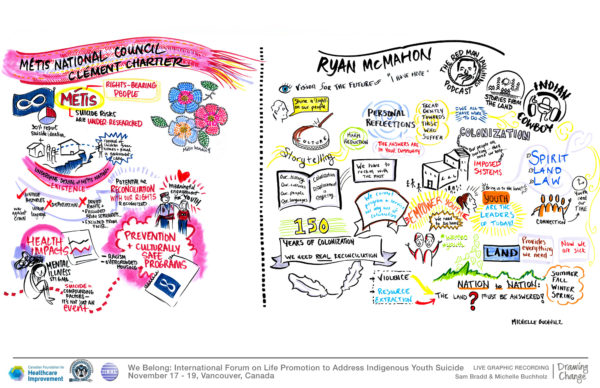 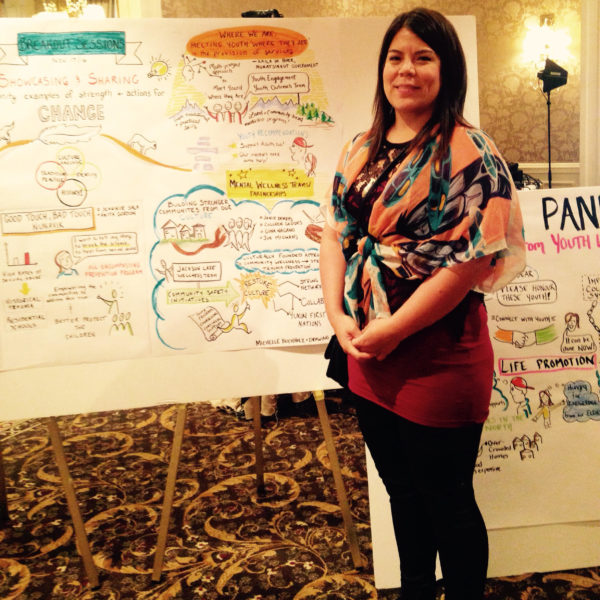 Sne kal yeh! Thank you for your attention!